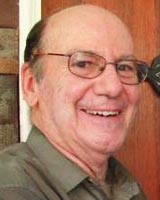 Hector is currently an Environmental Architect and International Consultant in Ecotourism Planning and Director General Programme of International Consultancy on Ecotourism (PICE). To date, he has carried out consultancy work in 77 countries around the world, including design and construction of ecolodges and other environmentally-friendly buildings.

Being a prolific writer, Hector is also the author or co-author of over 130 books, articles and reports. In 1983, he coined the term "ecotourism" and its preliminary definition. His modified version of this definition has been officially adopted by IUCN in 1996. In 2004 he was awarded the first Colibri Ecotourism Lifetime Achievement Award by Planeta.com. In 2008 he was awarded the Lifetime Achievement Award by IRHA (International Restaurant and Hotel Awards) for his dedication to sustainable tourism and ecotourism through smart design (Beverly Hills, California).
He is also keenly interested in ornithology, bird watching, bird conservation, and has identified to date 4,335 bird species in their natural habitat around the world. This places him as the highest ranked Mexican birder in the world, according to ABA (American Birding Association).

“The lower Kinabatangan River and valley in Sabah is a unique world-class ecotourism destination. During my brief visit back in 1995, I remember the thrill of having great views (from my boat) of the Rhinoceros and Helmet Hornbills and also over 20 Proboscis monkeys. This is a prime area to conserve and no conventional mass tourism activities should ever be allowed in the area. Borneo Eco Tours and Sukau Rainforest Lodge were my hosts back in 1995 and their service, even back then, was at a very high professional level, which has only gotten better over the years. Albert Teo and his team are truly avant garde conservationists in Sabah and their work should be supported at the highest level by the Malaysian authorities”.Arq. Hector Ceballos-Lascurain

He is currently carrying out ecolodge designs in Peru, Mexico and Nicaragua.

Hector had visited Sukau in January 1995. His visit there was a professional one, in the company of my good friends, Dr Geoffrey Davison and Dr. John Payne, with whom he was working in the development of the Malaysian National Ecotourism Plan (published in 1996).