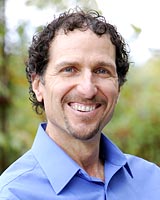 A conflict over access to natural resources between park rangers and local villagers in the 1970’s while he was a wildlife researcher in a remote part of Kenya led Costas to think about a new model for conservation – one where local people are allies and partners in protecting rare and endangered species and the environment. With tourism rapidly becoming one of the world’s largest industries, he looked for a way to connect the economic power of the global tourism industry with biodiversity conservation and local community development. It was a journey that took him around the world as a early advocate for ecotourism  – a term he helped to define as, “Responsible travel to natural areas that protects nature and sustains the wellbeing of local communities.” Costas became a founding member and Chairman of The International Ecotourism Society, and went on to help spearhead the global ecotourism movement.

Costas has been a leader in efforts to get mainstream tourism businesses to adopt the three pillars of sustainable tourism that he also help to identify: Environmentally-friendly operations; support for the protection of cultural and natural heritage; and economic and social benefits to local communities. His journey also took him to National Geographic, where he is an award-winning editor and columnist for National Geographic Traveler magazine. He remains one of the world’s top sustainable tourism experts, whose work and travels have taken him to more than 130 countries across six continents.  Costas has served as the Chairman for the World Travel and Tourism Council - Tourism for Tomorrow Awards which recognize sustainable tourism best practice travel companies and destinations and  is also a member of the Advisory Board of World Travel Market -World Responsible Tourism Day. In 2012, Costas was recognized together with Sir Richard Branson, Ted Turner, Jane Goodall and Robert F. Kennedy Jr. as one of the 50 Global Visionaries working to save the planet.  NBC Today Show said: “For the past 30 years, Costas has been at the leading edge of the green travel movement, since way before it was ever called ‘green’ or even a movement.”  Costas’ articles and essays have appeared in many of the world’s top publications, including the New York Times, International Herald Tribune, and Sunday Times of London. He frequently appears on television to talk about ecotourism and sustainable travel with appearances on Travel Channel, Good Morning America, CNN International, BBC World, National Geographic Channel and National Geographic Weekend, among others.   His " Tales From The Frontier"  column in National Geographic traveler won  the NATJA Gold Prize and Bronze Prize for best environmental travel writing in North America. He received the Tourism Visionary Award from the International Hotel and Restaurant Awards, and was also nominated for the Heinz Award, among the most prestigious United States awards given to an individual for their outstanding work supporting conservation, cultural heritage and the arts.

Sukau Rainforest Lodge is proud to dedicate room no. 20 to Costas Christ in appreciation of his tireless efforts in conservation.