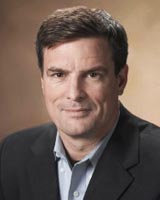 Kelly also created the National Geographic Cinema Ventures (NGCV) group, which deals with distribution to both theatrical and giant-screen movie outlets around the world. Its latest release, "Restrepo," a 2011 nominee for an Academy Award..

Inspired by the biodiversity-rich factors of the Lower Kinabatangan region and the Green Practice of Sukau Rainforest Lodge, Kelly accompanied by his spouse, Susan made a visit to the lodge in August 2011.

“We really enjoyed our stay at your lodge. Donnie and the entire staff could not have been more helpful, pleasant and accommodating. Our guide, Richard, was excellent and he enabled some great experiences including extraordinary sightings of elephant, river otters, and an orangutan building his nest”Tim Kelly

Sukau Rainforest Lodge welcomed Tim Kelly’s visit and appreciates his support by naming Room No. 16 after him.