If there’s one thing that every animal or wildlife lover knows, is that the wildlife belong in their natural habitat, regardless whether they are endangered or not. But even if you aren’t one, it’s a given that wildlife everywhere deserve to live a safe and peaceful life. Here at Sukau Rainforest Lodge, we’re grateful that we have a wonderful team who is aware of this and will do whatever they can to protect the wildlife that we have here.

Just last week, our maintenance guy, Muslimin or more fondly known as Mus, did the noble thing of rescuing a pangolin from the clutches of people who captured the poor creature who tried to sell it to interested buyers for Rm300 in Lahad Datu. Mus had threatened the sellers with the law and explained to them that the pangolin is an endangered wildlife . The pangolin is totally protected in Sabah, as well as under international laws, where two of eight pangolin species are listed as Critically Endangered on the IUCN Red List of Threatened Species. The pangolin joins the rank of the pygmy elephants, orangutans and many other iconic species as protected wildlife here in Sabah. Being totally protected means that these wildlife are forbidden to be hunted, consumed or sold for their parts. Since it was late in the night, and calling and waiting for the authorities would take too much time, Mus decided to negotiate with the sellers so that they wouldn’t walk away freely with the Pangolin in their captivity. With a little price, they were willing to handover the pangolin to Mus for RM100, which Mus willingly paid. Even if that’s the case, at least Mus was able to share some awareness about endangered wildlife to the sellers and managed to save the poor pangolin from further danger by taking it back to Sukau.

Last Saturday, we had a releasing ceremony for the pangolin and many of our guests at that time had the chance to witness the joyous occasion. It was indeed a beautiful sight. Before the releasing of the pangolin, our guide Jonathan had briefed the guests about the pangolin and to make sure to keep a safe distance from it as to not scare or stress the animal. One of our guest, Tania Parker volunteered to help release the pangolin. One of the touching moments of this occasion is when the pangolin went over to Tania as if to say thank you and goodbye, before it scurrying off into the rainforest, towards its freedom.

This pangolin is actually the second one we have released so far. The first one was released some time end of last year. 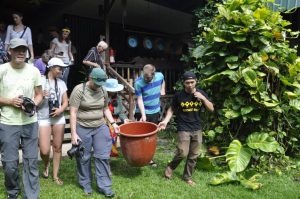 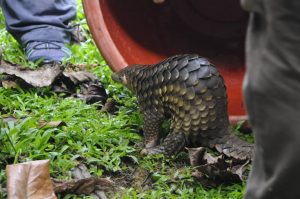 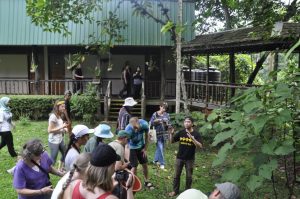 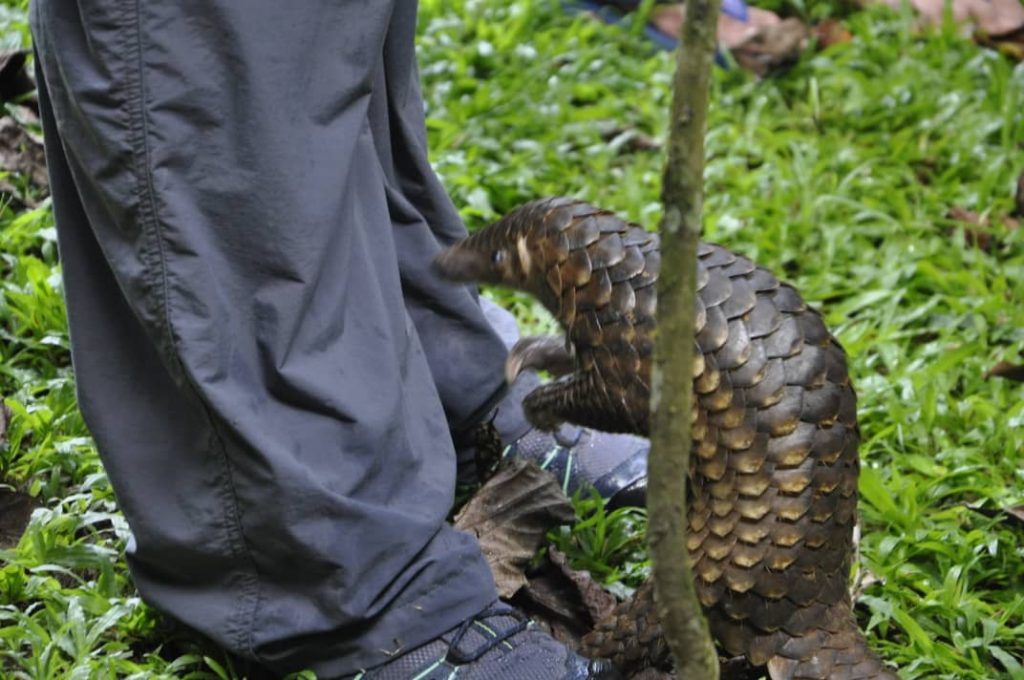 The pangolin went over to Tania as if to say “thank you” and “goodbye”.

Freedom at last! Pangolin scurrying off into the rainforest.

Pangolins have been facing a serious threat for the past several years and is known as one of the most trafficked wildlife in the world. The species is even said to be “eaten to extinction” in some parts of the world where people believe that its meat and scales have magical healing properties.

These creatures are very important in the ecosystem as they are nature’s ‘pest controllers’ as termites are on the list of a pangolin’s menu. Pangolins actually keep the forest healthy by controlling the termite population and keeping trees alive. 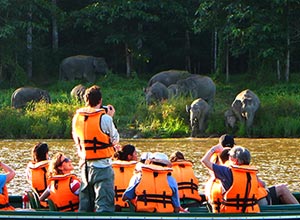